Triton’s barrier and drained waterproofing systems have been used by Protectahome to waterproof the existing concrete cellar below a new restaurant. Part of the Soho House Group, Pizza East Kentish Town is a raw, stripped-back space with steel beams, wooden floors, huge windows, brickwork and bare concrete. The cellar offered potential for storage, food preparation, staff rooms and managers office with data connections, but was suffering from ground water ingress and rainwater ingress from the car park above.

The concrete soffit was prepared and treated using Triton Repair Mortar, Triton Fillet Seal and Triton TT55 Waterproof Slurry. The TT55 was modified with Triton Tanking Mix Elastifier (TTME) to produce a more flexible waterproof coating. The remaining walls, floors and stanchions were primed with an anti-lime coating prior to the installation of the Platon cavity drain membrane system. The inclusion of an anti-lime coating within a waterproofing specification will reduce the amount of free lime leaching into the system – which may put the system under undue risk, and improve the water resistance of the basement.

Platon P8 membrane was installed to the walls and deeper studded Platon P20 membrane laid to the floors. Any water still entering the building will be controlled behind the membrane and directed to and discharged from the drainage system. The integral drainage system comprised Triton Aqua Channel conduit fitted to the periphery of the area, which will direct any future water ingress to a Triton Aqua Pump Pro Sump, which contains the high water alarm, mains powered pump and battery back up pump which would be activated in case of mains failure.

The Protectahome team completed the works to a very high standard and on time – allowing the client to finish the area and open the business on time. 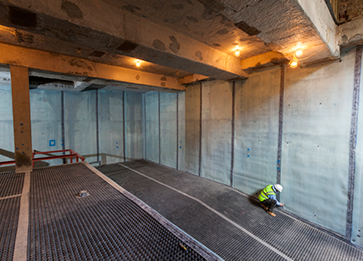 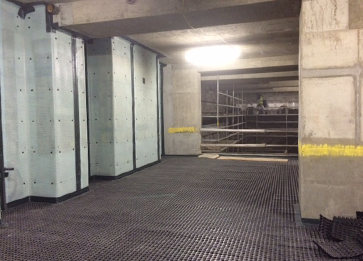 Triton’s technical team specified a sealed cavity drain membrane system as well as other waterproofing elements required in the construction of a new, two storey domestic basement. The basement has… Read more 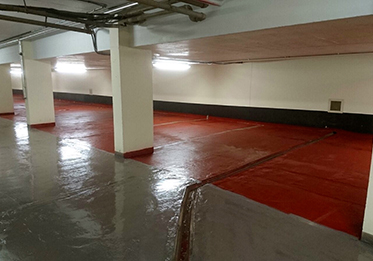 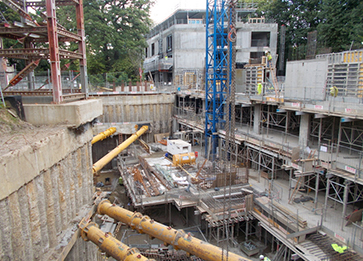 The spectacular listed façade of a period property was carefully preserved as part of a major refurbishment which includes the construction of new, high specification apartments in one of London’s… Read more 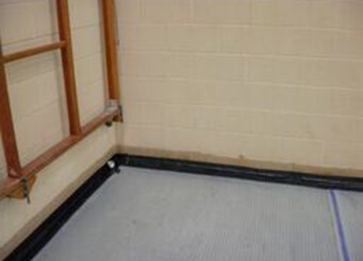 St Michael’s Preparatory School was established in Jersey in 1949 and has operated from its current site in St Saviour since 1952. External waterproofing to the sports hall, constructed in… Read more 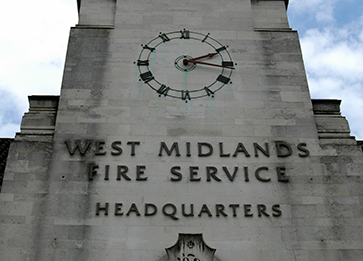